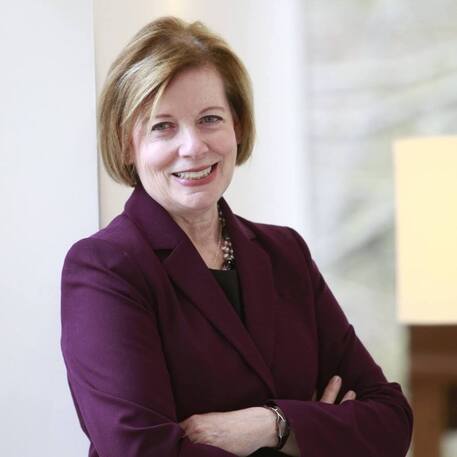 Kathryn has recently returned to the Iowa City area after serving as Vice President of Advancement at the University of the West of Scotland near Glasgow, Scotland, for nearly four years. Previously she was Director of Development at the College of Public Health, University of Iowa Center for Advancement. She has taught International Politics and Economics at the University of Umea in Sweden, Washington State University and George Washington University in the U.S. She has worked as a Senior Economist on international economic and trade issues for two Congressional Committees (Banking, Small Business) in the U.S. House of Representatives; led an international policy institute at Middlebury College; and helped to develop two grantmaking foundations -- Eurasia Foundation which supported economic reform and democratization projects in the former Soviet Union, and The Diana, Princess of Wales Memorial Fund (U.S.) which addressed challenges facing marginalized youth. Kathryn spent most of the 1990s working on economic reform and private sector development projects in the former Soviet Union and has addressed the Parliament of Ukraine and the CSCE on these issues.
Kathryn has a B.G.S. degree with majors in Political Science and Economics from The University of Iowa; and a M.A. in International Studies with concentrations in International Relations, International Law & Organization, and Economic Development, from The American University. She received the Scottish Women's Award for Services to Education in 2018. 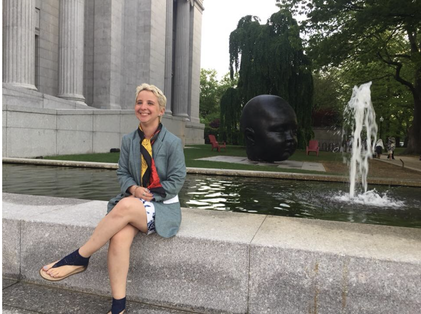 Carlisle Isley (BFA) is an artist, papermaker, bookmaker and world traveler. She grew up in a multicultural world in seven different countries -- a neither/nor world that cannot be stereotyped as a typically “white American childhood." Carlisle lived in Riyadh, the capital of Saudi Arabia, Mahomet, Illinois in the American Midwest, Santiago, Chile, Abu Dhabi, UAE, Ho Chi Minh City, Vietnam, and Amman, Jordan. For one year she was homeschooled by her parents while her family backpacked around Europe, Asia, Australia and New Zealand.
The non-traditional way she was raised allowed her to engage, understand and respect many other cultural voices. In June of 2021 she moved from Rwanda to Iowa City to pursue a Masters in Library Information Science. Having access to information will allow a person to discover and empower their identities as information seekers. She believes her purpose is to promote information literacy so a community can have the tools to get their voices and thoughts heard.

Hello! My name is Lexi, and I am from Sherrard, Illinois. As a sophomore at the University of Iowa, I study Ethics and Public Policy with a specialization in Sociology. I am also involved with the Honors program, Ignite UI, Phi Eta Sigma, On Iowa!, and I work in the library at Boyd Law School. My interest in international issues and passion for learning about new cultures sparked in high school when I joined a student cultural exchange club. Since then, I have spent my time traveling, visiting local cultural bazaars, and attending lectures hosted by the ICFRC. I am very grateful to have the opportunity to continue to cultivate these interests during my time with the ICFRC. Outside of class, I am an avid reader and I enjoy camping and hiking. My favorite camping spot is within the Waterton-Glacier International Peace Park.
Support Us